LED light strips are now found in many places in our homes. From refrigerators to under-cabinet lighting, it's how we illuminate the areas of our homes where a full recessed fixture just isn't feasible, or necessary. But before you go out and buy your next LED strip light for your home, it's a good idea to know about the differences between the two most popular voltages for LED strips: 12VDC and 24VDC. This will ensure you get the right type of LED strip light for your particular project.

KayTai is a professional led strip light factory. The difference between a 12VDC LED strip and a 24VDC LED strip is not too big, as long as you choose the correct power supply.

Following article we will let you know more about led strip lights.

LED Strips are wired in groups of LEDs. The size of the
group depends on the voltage of the strip. A 12V strip has 3 LEDs, and a 24V strip has 6 LEDs or 7 LEDs, even up to 8 LEDs. The cut lines are located between the groups. Therefore, the smaller each group of LEDs, the closer together the cut lines can be.

For example, see the diagrams of 12V and 24V strips below:

A lower voltage 12VDC strip with closer cut lines may be good if your installation has many corners with short lengths. This can help to minimize the “dark” zone at the corners.

To get the advantage of the Long Run of the 24VDC LED strip and the shorter cutting length of the 5VDC LED strip, we have developed Mini Cutting LED Strip, 1 LED per cut at 24VDC.

12V LED strip has a wider range of application scenarios

On the other hand, 12 VDC is a common voltage, so LED strip compatibility may eliminate the need for additional power supplies. For example, if you are installing lights in a vehicle, a 12 VDC LED strip light can often be directly connected to the existing electrical system. While there are certainly exceptions to this, and it is important to check your existing system before making a purchase, 12V LED strips can offer a more convenient installation solution in many cases. 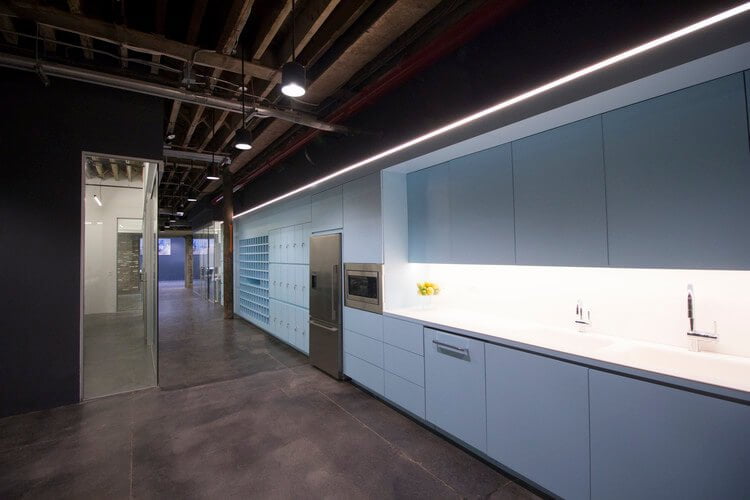 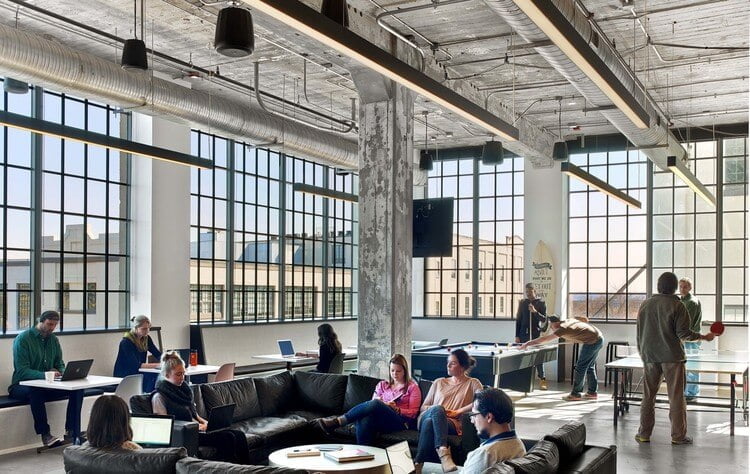 A higher voltage strip will generally be able to have longer runs without suffering from the effects of voltage drop.KayTai offer professional 24V DC led strip lights.

What is voltage drop?

Voltage drop causes LED strips to lose their intensity as they become longer. LEDs at the beginning of the strip (nearest the power supply) will shine brightly. In contrast, LEDs at the end of the strip will have a dimmed appearance.

Why does voltage drop happen?

How does higher voltage reduce the effects of voltage drop?

First, you have to understand how all the components on an LED strip are connected.

Then, each group is wired in parallel and arranged along the length of the strip.

For now, take notice (above diagrams) that the group size on a 24V strip is 7 LEDs compared to only 3 LEDs for 12V. I will explain why this is significant below.

Every wire has a certain amount of resistance to electricity being pushed through it. The longer the wire gets, the bigger the resistance (and the voltage drop) gets. Eventually, it gets large enough to impact the LED brightness. Below is an example of how it might happen on a 12V strip.

Notice in the above diagram that the voltage across the LEDs has dropped from 3.0V to 2.75V.

When we switch to 24V, two things happen that reduce the voltage drop.

When the voltage gets doubled (12V to 24V), the current is halved (Ohm’s law P=U * I). That causes the voltage drop from the long wire to be reduced by half as well. So instead of a 1V drop, it becomes 0.5V drop.

The effect of the 0.5V drop is split between the eight remaining circuit components (compared to 4 on the 12V).

Notice here that the voltage across the LEDs has only dropped to 2.9375V compared to 2.75V with the 12V strip.
If you have an application that requires long runs of strips, it may be a good idea to use 24V strips. But, even 24V strips have a limit. You may have to use other techniques to stop your LEDs from fading at the end. For example, use our Super Long Constant Current LED Strips.

Higher voltage can be more efficient.

Any time there is the voltage across a resistor, it means energy is getting converted to heat instead of light. Therefore, the resistors in the above diagrams are necessary, but they’re also a source of wasted energy.

It’s easy to see that higher voltage strips suffer from less wasted energy. LEDs use such a small amount of energy that this doesn’t add up to much for small installations. But, the difference in power usage can become significant for the whole room or commercial installations.

We have developed high-efficiency LED strips, 8 LEDs per cut, up to 190LM/w.

This is the same principle as high-voltage power transmission. The higher the voltage, the smaller the current. According to Ohm’s law, the voltage drop Vdrop=I * R, the electrical energy converted to heat P=U * I = (I * R) * I = I 2 * R.

Electrical power is determined by the equation P = V * I. To maintain the same power (P), if voltage (V) goes up, current (I) must come down by a proportional amount.

Simply put, a 24V LED system will draw half the amount of current as a 12V LED system to achieve the same power level.

Why is this important?

Total current, rather than voltage, determines the thickness and width of copper conductors needed to transfer power safely.

If excessive amounts of current are forced through a small or narrow copper conductor, resistance inside the conductor will become significant and contribute to voltage drop and heat generation. In very extreme cases, this can even lead to electrical fires.

All else equal, a 24V LED system can get away with half of the electrical conductor requirements. You can use the voltage drop calculator to ensure you are still using sufficient conductor gauges for your LED strip projects.

Like conductor size, power supply size is also determined primarily by current rather than voltage. Part of this is also influenced by the physics relationship between electrical current and conductor size needs, as much of a power supply unit’s internal wiring comprises copper wiring.

Power supply size can be important when working with projects such as LED strip lights in under cabinet installations where there may be space constraints.

Given the information from these 12V vs 24V LED light strips comparisons, we can see that both of them have their own merits to count on. If you are going to use it inside your room, you may have better results with 12V lighting strips; if you are willing to invest more money for more power, then you may go for 24V lighting strips. It all comes down to your individual needs and financial status.

KayTai is the one you can trust! Welcome here.